In April 2022, the second annual Earth/Arbor Day Plant-A-Tree Ceremony included the planting of two sister trees in the newly accredited Williamsburg Botanical Garden and Freedom Park Arboretum. One American Chestnut was planted in the Garden and another in the Free Black Settlement, unifying both as part of the new Arboretum. Thank you to all involved including Virginia Cooperative Extension Master Gardeners, Master Naturalists, and Tree Stewards. 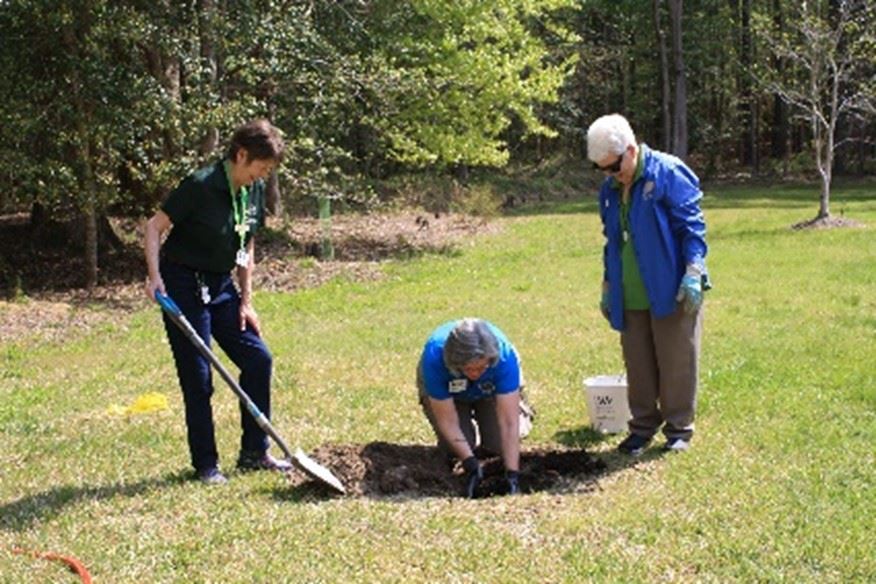 History of the Observances

There were an estimated one million trees planted in Nebraska on the first Arbor Day in 1872, when J. Sterling Morton, secretary of the Nebraska Territory, proposed a tree planting holiday to be named “Arbor Day.” In 1885, Arbor Day was made a legal state holiday in Nebraska, and by 1920, over 45 states and territories were celebrating Arbor Day. Today all 50 states and many countries around the world celebrate, with National Arbor Day being on the last Friday in April.

Earth Day began in 1970 when Senator Nelson, Congressman McCloskey and activist Denis Hayes coined the idea for a national teach-in on college campuses to raise awareness of environmental issues. They expanded the idea to include all Americans and named it Earth Day. The first year 20 million Americans (10% of the total population of the U.S. at the time) mobilized to demonstrate against the impacts of industrial development which was increasingly being understood to have a detrimental effect on human health and the environment. The first Earth Day led to the creation of the United States Environmental Protection Agency (EPA) and the passage of the first environmental laws, including the Occupational Safety and Health Act (OSHA), the Clean Air Act, and shortly after the Clean Water Act. Twenty years later, in 1990, Earth Day became an international movement with 200 million people in 141 countries participating. Today, Earth Day is considered the most popular secular observance in the world, with more than a billion people celebrating annually. 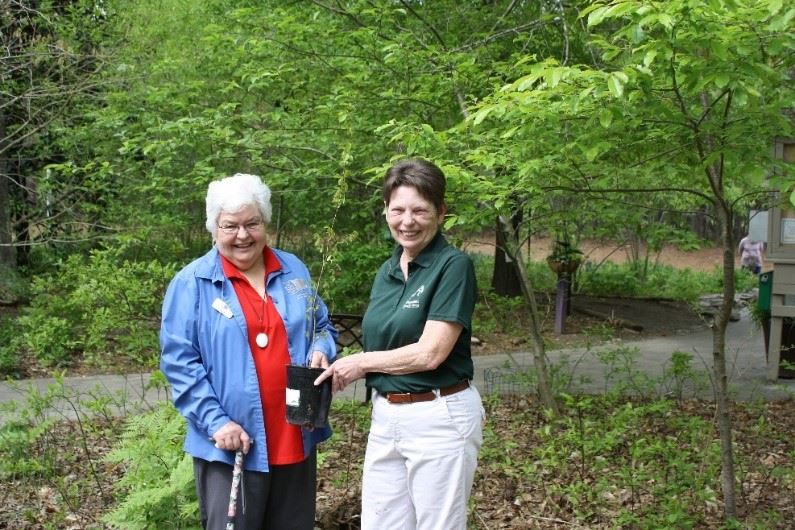 Pictured left: Peg Boarman, chair of the Clean County Commission and Judith Alberts, Board Chair of the Williamsburg Botanical Garden 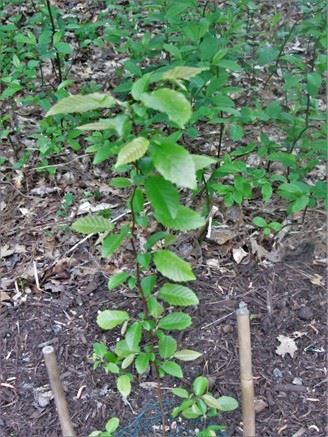