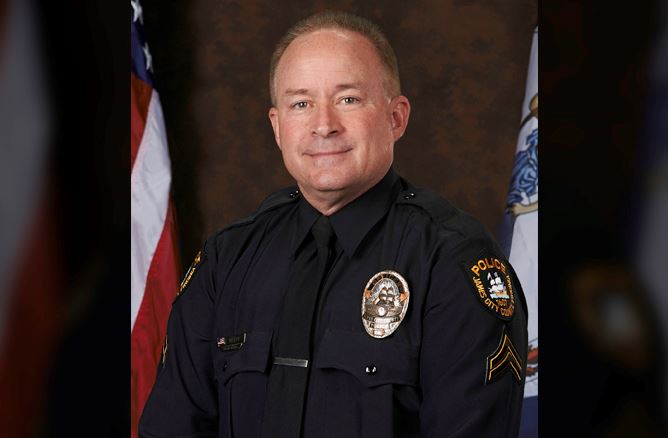 Master Police Officer (MPO) Jim Miller has excelled significantly in all areas over the past year. MPO Miller is the consummate police officer. He is a steadfast and reliable member of the Department and is a role model for many others, especially new officers. He is very professional, well-rounded, level headed and well-tempered in his capacity as a patrol officer. MPO Miller is not only well regarded and respected from within our own agency but within the purview of our police academy, police agencies within Hampton Roads and the Commonwealth. MPO Miller is the Department’s primary Standardized Field Sobriety Testing (SFST) instructor and one of the main instructors for the Commonwealth. He has been the primary SFST instructor here and at the police academy, instructing 6 classes over the last year. MPO Miller has also trained officers at Crater Academy and is one of the few train-the-trainer instructors in the state.

MPO Miller has taken a very active role during in-service with the Department and is one of the main use of force instructors, regularly conducting simulator training for his shift and others. MPO Miller has identified a training need with the Department, regarding training for combating assaults on law enforcement, and has been taking the initiative to develop a lesson plan for the Department to increase the safety of our officers. MPO Miller also continues to take an active role in field training by assisting primary and secondary field training officers and has been selected to be an Officer-in-Charge for his shift. MPO Miller exemplifies the County’s values of Integrity, Collaboration, Civility, Excellence and Stewardship. For these, and many other reasons, MPO Jim Miller is named James City County Police Department's 2019 Officer of the Year.